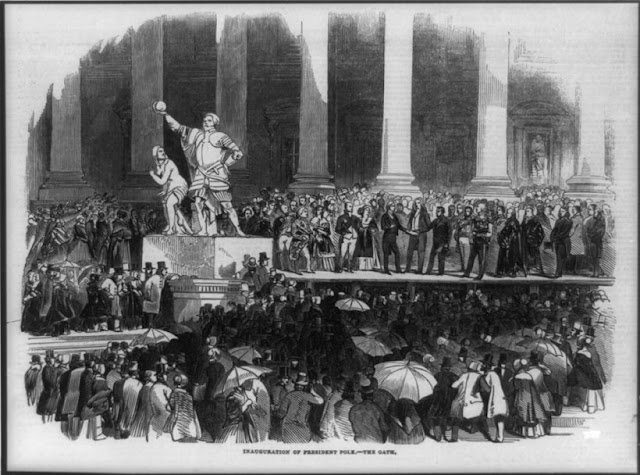 Administered to James K. Polk by the Honorable Roger B. Taney, Chief Justice of the U.S. Supreme Court.

The Congressional Evolution of the United States of America

Presidents of the United States of America

Capitals of the United Colonies and States of America

Book a primary source exhibit and a professional speaker for your next event by contacting Historic.us today. Our Clients include many Fortune 500 companies, associations, non-profits, colleges, universities, national conventions, PR and advertising agencies. As a leading national exhibitor of primary sources, many of our clients have benefited from our historic displays that are designed to entertain and educate your target audience. Contact us to learn how you can join our "roster" of satisfied clientele today!

Primary Source exhibits are available for display in your community. The costs range from $1,000 to $35,000 depending on length of time on loan and the rarity of artifacts chosen.

No Taxation Without Representation

US Bill of Rights

*** President of the Confederate States of America